As Small as a Mouse - Part Two [Story] 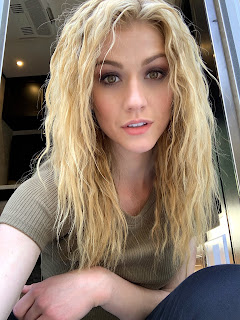 This is a companion piece to Tservo98's story: As Small as a Mouse on Deviantart. It stands on its own so feel free to read either one first!
I've decided to post my longer works as text stories instead of captions from now on. I'll still be making captions, just not when it's more than a few paragraphs. Open the post to see the full story.

As Small as a Mouse

“God damnit,” I muttered as I dropped my brush on the floor, clumsily kicking it under the bottom of my bathroom countertop as I tried to catch it with my foot; all those years of soccer practice didn’t seem to help my coordination when it counted. I grunted and got down on hands and knees to fish it out when I came face to face with a little brown mouse. “Eeeekk!” I yelped like a little girl, banging the back of my head against the countertop. The rodent ran off through the door, “The landlord said he’d already gotten rid of these fucking pests. As if my life couldn’t get any worse.” I was still pissed off that the only thing my philosophy degree had amounted to was continuing the waitress gig I’d started to get said degree. I felt like I was going nowhere.

I stepped out into my room, rubbing my head in frustration and pain. I froze when I saw the mouse again, sitting on its tiny little haunches looking up at me. It seemed to be shivering uncontrollably. I really hoped it didn’t have rabies or something, just one more thing to stress me out even more than I already was. But before I could think about what to do next the nasty thing started to… grow? Like it was slowly inflating from around three to four inches long to around a foot. I rubbed my eyes, what the hell is wrong with my brain? I blinked a few times and opened my eyes to see the rat-thing growing even more. I tried to run away but I found my legs rooted to the ground and I began to shiver a bit like the mouse was. My heart thumped in my chest, what the fuck is going on?

I can’t tell if it took several minutes or a few moments but the creature in front of me continued to grow in size; its torso seemed to stretch out as it fell back on its haunches. It seemed to be getting more and more humanoid somehow. But then I noticed something even more frightening, I seemed to be shrinking too. My perspective gradually fell lower and lower while the abomination in front of me grew larger. I looked down in panic to see my hair begin to recede back into my head. I grabbed hold of my wavy blonde hair in vain, it felt like I was pulling my own hair just by holding it in place!

By now my clothes had become so loose I had to grab hold of my jeans just so they wouldn’t fall down; jeans that I had to yank and yank just to get on only an hour ago. And bits of brown hair were spreading all across my arms. “Oh my god, oh my god, what is going on?” I shrieked in disbelief.

I perked my head up, “Who said that?” I looked at the two foot tall rat-person monster in my room. There’s no way this thing could speak, could it?

The thing spoke, “I can speak! Whoa, this is kinda cool!” It touched it’s snout that no longer jutted out as much as before. “And I can understand you! This is amazing. I’m becoming a human somehow!” An incredibly disconcerting grin appeared on its face.

Suddenly, my perspective fell quickly, fast enough that my stomach dropped from the motion. I had only lost about ten inches gradually since the start of this transformation but now I was suddenly the same height as the mouse beast. My nose began to itch and I scrunched it up; if you know that feeling where you’re outside on a hot summer day and need to sweat but can’t, where it feels like every pore has a bit of salt trying to break its way out? Well it felt like that but times ten, and it was mostly focused around my mouth. I closed my eyes in discomfort until the itching finally subsided, when I opened my eyes my nose seemed to have shifted much further up into my peripheral vision. My hands shot to my face, whacking me in the nose painfully, which was now sitting a good few inches off my face now. Even worse, a few small whiskers were poking out of the new protrusion that seemed to be a snout.

“Oh, you must be turning into me now!” The former mouse said happily, snapping me out of my panic. “We’re somehow switching places, this is so exciting!”

I angrily responded, “We’re what? What? What do you mean? What did you do? Fix this now. This isn’t fair.”

“Of course it’s not fair! I don’t want to be a fucking mouse! Just fix this, please!” I was almost crying.

“Well I didn’t want to be a mouse either. And I’m not the one who caused this switch, I was just running away from you when it started randomly. But I’m definitely not complaining.” The mouse giggled as I continued to shrink, my view falling past the creature’s height for the first time.

My morale diminished with my height and I tried to complain again but all that came out was an alien ‘squeak!’. The changes seemed to accelerate even further. I fell onto my ass as my legs shrank to very large rodent proportions. I tried to pull off my shirt before it dwarfed me but my shrinking hands made gaining purchase impossible. The last thing I saw before I was buried in the folds of my clothes was my own face looking back at me, with only a few dissipating hairs remaining as the mouse fully took my form. ‘squeak!’

I crawled and crawled through the maze of folds, finally breaking free, only for a massive object to be slammed down around me. It took me several moments for me to realize the giant walls surrounding me on all sides were the sides of the cereal bowl I had left out this morning. ‘squeak! squeak!’ What did I do to deserve this? I rammed my mouse body up against the side of the bowl but it barely budged.

My miniscule heart beat quickly in exhaustion. My new heart must be smaller than the nail on my pinky finger - well my former finger, I was no longer a member of the human species. My heart seemed to be vibrating rather than beating, was I having a heart attack or something? ‘squeak!’ Light burst into my eyes and for a second I thought I had died before something massive grabbed me, I struggled against the smooth cylinders gripping me in place but it was no use. Whatever machine had gotten hold of me was far too strong.

“Oh stop struggling, my little mouse.” I heard my former voice boom into my tiny ears. I stopped struggling, the ‘machine’ that picked me up was actually one of my former hands. I looked around in fright, my room looked massive. Looking at the far wall didn’t seem so out of place; discolored, sure, but it didn’t seem so out of scale. But looking down was like looking off a massive cliff side with my soft carpet hundreds of feet below. Looking up was even worse, my massive face dominated my view, I felt like I was just a camera in my former hand. “You know, I was thinking. Maybe this isn’t entirely fair as you say. At least when I was just a little mouse I didn’t know what it was like to be human. You do. And you’ll always have that in the back of your insignificant little mouse mind. At least you only have a few more years to think about it I guess. Oh well, there’s no way I would reverse this even if I knew what caused it in the first place. Enjoy your mouse life, I’ll definitely enjoy my human one.” I watched a goofy grin appear on her face, after all she was more of a she than an it now. And I was more of an ‘it’. My whole world spun as she tucked me into her jeans pocket.

Please leave constructive feedback and compliments if you think I deserve it!
Requests Page
Deviantart Page
Thanks for visiting!